Maiden Blancpain GT podium for Dennis at the Hungaroring

Jake Dennis scored his maiden podium finish in the Blancpain GT Series, a first corner manoeuvre put him into contention to secure 3rd position at Budapest

Maiden Blancpain GT podium for Dennis at the Hungaroring

Starting from fourth position on the grid, Racing Steps Foundation-backed Dennis managed to position his #3 Audi R8 LMS machine around the outside of Turn 1, enabling him to move around and past the third place starting Mercedes-AMG GT3 of Maxi Buhk.

Despite experiencing high tyre degredation during his stint, Dennis was able to close in on the gearbox of the second-placed Grasser Racing Lamborghini Huracan GT3 of Mirko Bortolotti while the fellow WRT Audi of Robin Frijns was similarly suffering with his tyres and dropping back from Dennis.

With the 10-minute pit window opening, Dennis handed the car over to Schothorst, who managed his tyres well and defend from the attentions of Buhk’s team-mate Franck Perera to hold on to a third place finish by three tenths of a second.

Having started the race, Parente lost out during a number of incidents, one of which was investigated by stewards, demoting him to 19th position.

Barnicoat took control of the McLaren in the second half of the race with a damage-limitation mentality, and was able to bring the car home in 20th position.

The #5 Team WRT Audi R8 LMS of Marcel Fässler and Dries Vanthoor continued their domination of the weekend with a comfortable race victory. Engelhart and Bortolotti’s Lamborghini Huracan scored second with Dennis and Schothorst completing the podium. 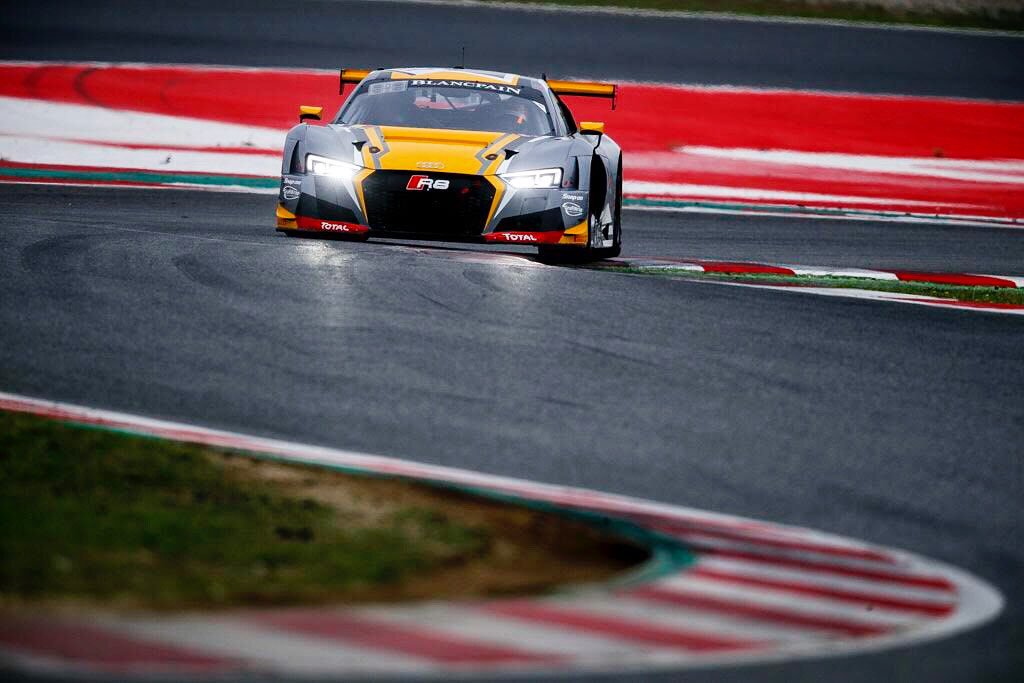