Jake Dennis to Continue as Driver of No. 27 for the Andretti Formula E Team.

With Season 7 of the ABB FIA Formula E Championship entering the finale race weekend in Berlin, the Andretti Formula E team has begun to unfold Season 8 plans, where the founding Formula E team will return to independent competition after serving  as the BMW works team for three seasons. BMW announced in December 2020 that the German manufacturer would discontinue factory competition at the  conclusion of the current season.

Though no longer a works team for Season 8, the outfit led by Michael Andretti will adopt the BMW drivetrain for continued competition and has now confirmed the  team’s current driver Jake Dennis returning to pilot the No. 27 all-electric  race car.
‍

“As a founding team of Formula E, we’re as committed as ever to the Series, and everything it stands for. Our participation in Formula E supports our goal of offering  exciting racing, in all of its forms, to fans".

“Season 8 will look different for us as we return to an independent team but announcing Jake’s continuation will provide strong  continuity and is just the first step in building out a new and exciting direction. We’re excited to welcome back a great deal of the staff and crew,  while continuing to give our global fans a place to call home. We look forward to many more seasons of wheel-to-wheel racing and a future of  electric mobility.”

“Jake  has shown in his Rookie season he already has what is necessary to win in Formula  E and his knowledge of both the BMW powertrain and associated systems along  with the Andretti team operations means that this continued relationship  should bode well for success in the coming season. Two wins in your Rookie  season is impressive by anyone’s standards!"

Dennis competed in FIA Formula 3 before switching to the GP3 Series in 2016 and more  recently he was selected to be a Simulator and Development driver for Aston Martin Red Bull Racing, where he completed two tests in 2018. Outside of  single-seaters, he has competed in the some of the biggest worldwide championships such as Deutsche Tourenwagen Masters (DTM), the Blancpain GT Series Endurance Cup and the Intercontinental GT Challenge.
The 26-year-old was announced as a BMW i Andretti Motorsport driver joining for the 2020/2021 season and captured victories at the Valencia and London E-Prix races.

“I’m  just super excited, and honoured really, to be staying with Andretti for Season 8 of Formula E.”
“It was my goal to obviously always stay  with the team, and I think they had the same intentions after such a strong  year. I’m looking forward to investing further on with them into the future  and hopefully many great results will come our way.”

Season  7 of the ABB FIA Formula E Championship ends in Berlin with a BMW farewell weekend in the manufacturer’s home country.
‍
Race fans can continue to support  and follow the team by tuning in to Andretti Autosport on Twitter, Facebook and Instagram and following #AllAndretti across all channels. 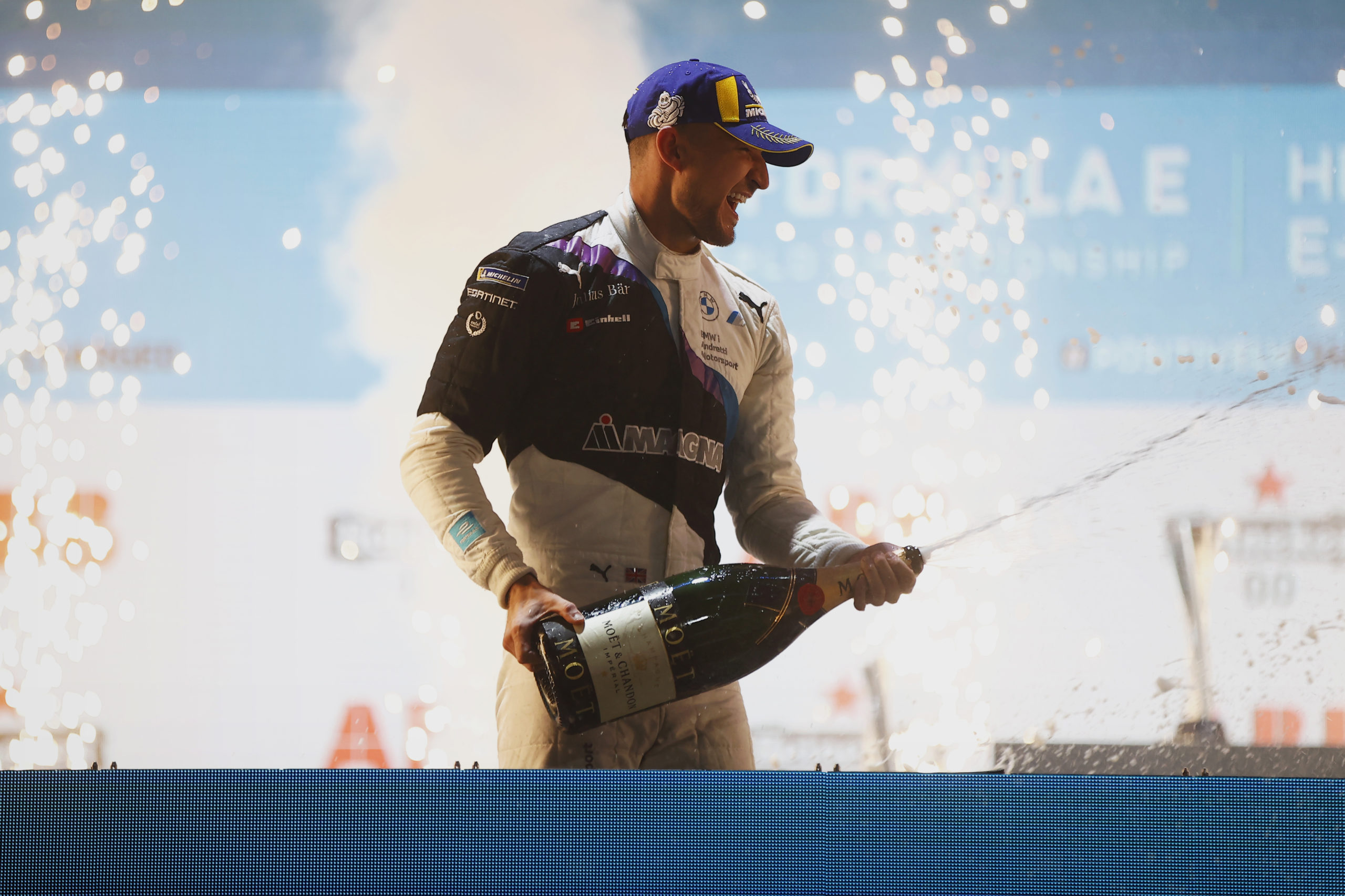 BMW i Andretti Motorsport's Jake Dennis produced the perfect balance of pace and energy management to take a lights-to-flag race win in the DHL Valencia E-Prix Round 6 at Valencia's Circuit Ricardo Tormo - his first in Formula E.

BMW i Andretti Motorsport's Jake Dennis rocketed to a maiden Julius Baer Pole Position ahead of the DHL Valencia E-Prix Round 6.