Jake Dennis will partner Rick Kelly and Scott Dixon in an Aston Martin Vantage GT3 as part of an exciting new partnership with Castrol, BP and Giltrap Group to contest the Liqui Moly Bathurst 12 Hour.

The Liqui-Moly Bathurst 12 Hours, the opening race of the Intercontinental GT Challenge, is traditionally one of the first highlights of the season on the international GT racing calendar. R Motorsport will field two cars during the next race weekend from January 31st to February 2nd, 2020.

One of the two Aston Martin Vantage GT3s will feature a special design from Bathurst partner, Castrol. DTM and GT3 star Jake Dennis will share the cockpit with a pair of brilliant entrants to the team, Rick Kelly and Scott Dixon.

The Liqui-Moly Bathurst 12 Hour will be run for the 19th time in 2020. In the last race, the #62 Aston Martin Vantage GT3 fielded by R-Motorsport was in striking distance of the front-runners for most of the race. DTM star Dennis, who had clocked the fastest time in the 2019 shootout, eventually made it onto the second rung of the podium in the company of his team-mates Marvin Kirchhöfer and Matthieu Vaxiviere.

This podium finish was also the strongest result for Aston Martin in the Liqui-Moly Bathurst 12 Hour since records began. The race traditionally opens the new season of the Intercontinental GT Challenge.

“We are fielding the best possible combination of drivers at Bathurst with Australian Supercars champion and two-time Bathurst 1000 winner Rick Kelly, and Scott Dixon, who is a five-time IndyCar champion and winner of the Indianapolis, plus DTM newcomer Jake Dennis, the Bathurst runner-up from 2019”

“My favourite part of the track has to be the mountain section. The flow from corner to corner is just prefect, the walls being so close and the speed we take them is sensational. The first few laps you do at the start of the weekend are very daunting. But when you attack them for qualifying you have to put all that aside and just go for it. Skyline is probably the most challenging corner. The car becomes super light over the crest and if you overcook it on entry the rear wheels come off the ground it feels like. So getting the balance is very difficult.”

“My memories from last year are mixed. The podium was good but I was super disappointed to loose out on the win with 10 mins to go. But if someone said to us at the start of the weekend that we would finish P2 with 3 rookies I would have taken it any day of the week. Having two experienced guys with me in the car is amazing and overwhelming. I can’t wait to start working with them and learn things off them. It’s a strong line up and I’m very excited to get things started there.”

“Also having a sponsorship like Castrol on board with us for Bathurst 12 Hour is incredible. The car looks amazing, I just hope it’s as fast as it looks! I would love to get into Superpole again. I managed to achieve the fastest lap last year and just to experience a lap at Bathurst by yourself is one of kind. You can’t get that anywhere else.”

The 6.213-km Mount Panorama circuit is situated amidst stunning scenery and features long straights, a mix of fast and medium-pace turns and sections that wind around the mountain itself with a difference in height of 174 meters. The track represents one of the biggest challenges for driver, team and car on the international GT3 calendar. .

Teams have five practice sessions in all to prepare for qualifying and the race itself. Two qualifyings determine who goes through to the decisive Top Ten shootout, lasting 45 minutes, which decides the order of the top ten positions on the grid.

R-Motorsport will continue to field two Aston Martin Vantage GT3s in 2020 as they did in the last race at the start of the year – not the V12 this time, but the V8 as raced in this year’s Blancpain GT series. The driver pairing of the second vehicle will be announced at a later date. 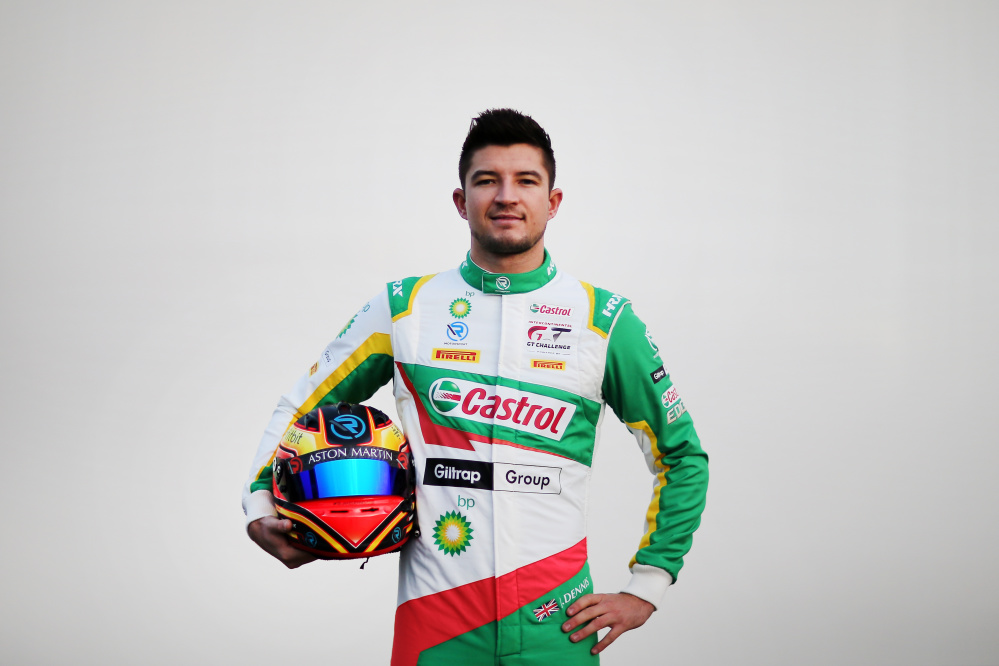