The trio of Matthieu Vaxiviere, Jake Dennis and Nicki Thiim won by almost 11 seconds to comfortably secure a first overall victory for the British marque since 2013, when they triumphed at the same venue.

Starting from pole, Vaxiviere led away from the #88 AKKA ASP Team Mercedes-AMG entry of Adam Christodoulou and began to edge ahead at the front of the field. The Frenchman built a lead of around two seconds, but as the first round of pit stops approached Christodoulou trimmed the gap.

That would prove to be significant when Christodoulou handed the #88 Mercedes over to Tristan Vautier. Vaxiviere remained on track longer before stopping and handing over the Vantage to Jake Dennis, but the British driver emerged close behind Vautier.

He did not remain there for long, however. Dennis quickly caught the Mercedes driver and made a decisive move to re-take the lead, displaying a clear pace advantage in terms of pace.

From this point onwards, the Aston never looked to be under serious threat. Dennis quickly built a comfortable gap over Vautier, holding a lead of 12 seconds by the time of the second pit stops.

Behind them, the #144 Emil Frey Racing Lexus of Norbert Siedler had moved into third position. Stephane Ortelli had run well in the first stint before handing over to Markus Palttala, who elevated the car into third spot by passing the #62 R-Motorsport Aston Martin with a bold move at turn three.

Out in front, the #76 Aston Martin pitted from the lead with a comfortable advantage and emerged from the stops with an even bigger lead. From there Thiim was able to take a calm approach during the final stint, with Raffaele Marciello taking over the #88 Mercedes in a distant second. Behind these two, however, there was plenty of action.

The #114 Lexus held third into the final stint, but there was a charging Dries Vanthoor to contend with. Just as was the case last time out at Monza, the youngster had a fresh set of tyres on the #1 Belgian Audi Club Team WRT machine he shares with Christopher Mies and Alex Riberas.

Vanthoor homed in on Norbert Siedler, who had taken the controls of the #114 Lexus, but was met with a robust defence from the Austrian driver. Despite Vanthoor holding an advantage in pace the #144 held firm to secure a first Blancpain GT Series podium for the Lexus brand, which sparked emotional scenes in the Emil Frey Racing garage.

Out front Thiim remained cool to win by a shade under 11 seconds, with Marciello following him home in a comfortable second spot.

Jake Dennis, #76 R-Motorsport Aston Martin V12 Vantage: “I looked to my left coming out of the pits and I could see the Mercedes overtaking me. I pushed as hard as I could for a few laps to try and put some pressure on Tristan and the move paid off. We left each other enough space so there was good respect between us. From then on I just wanted to run a clean stint. The car was incredible all weekend. We’ve had a really strong package and my teammates have done an outstanding job.” 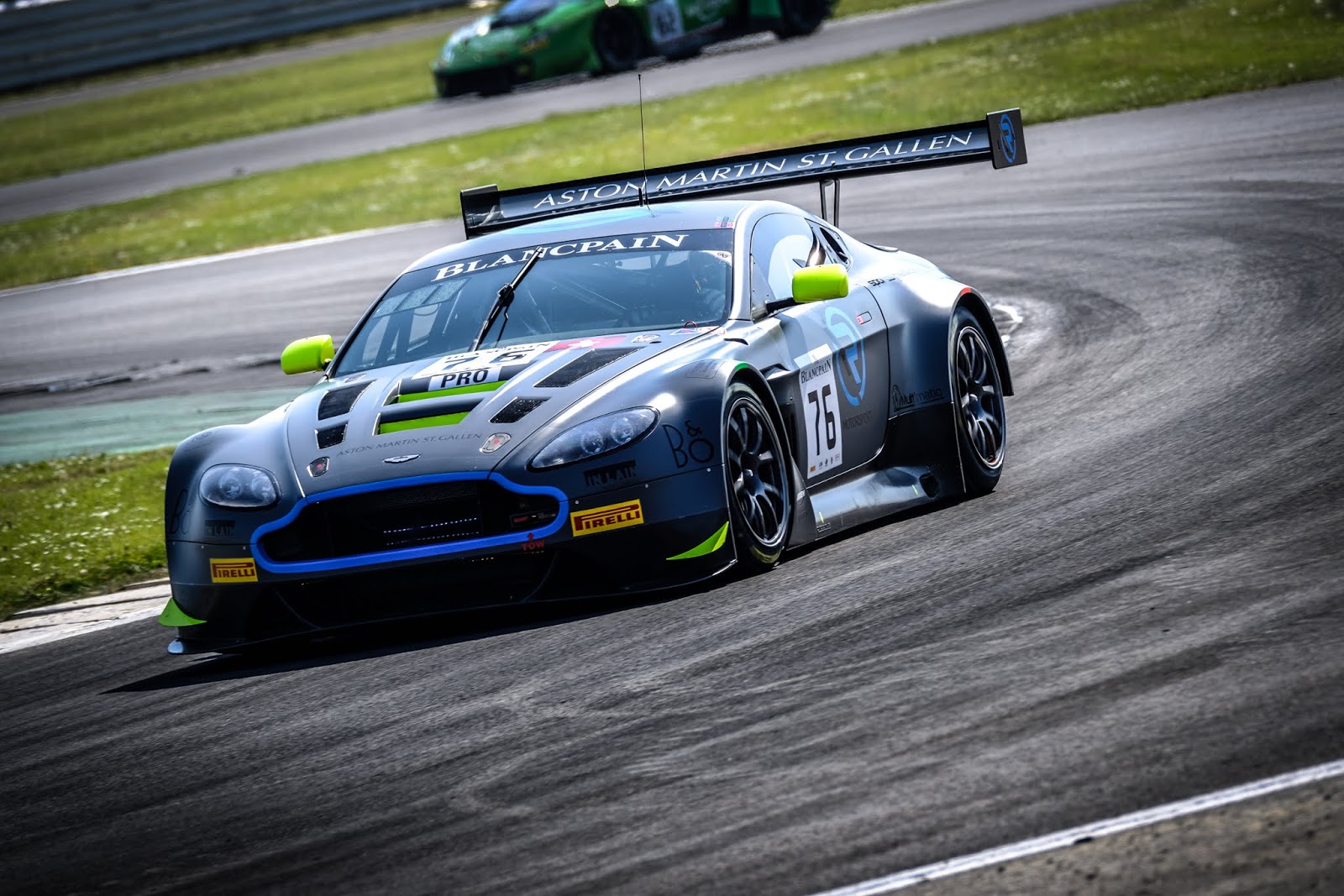