Jake Dennis finished in ninth position to end the third round of the GP3 Series at his home circuit of Silverstone in Great Britain.

Jake Dennis finished in ninth position to end the third round of the GP3 Series at his home circuit of Silverstone in Great Britain.

But following a post-race time penalty for exceeding track limits at Copse corner, five seconds were added to Dennis’ time. This demoted him from eighth to a 12th place start.

With drivers on slick tyres despite the early morning damp conditions, many drivers throughout the grid took differing lines on the opening lap.

That enabled Dennis to make his way up the pack into sixth position and closing on to the gearbox of ART GP’s Nyck de Vries.

A Virtual Safety Car period was called to bring a temporary halt to proceedings and on the restart, Dennis immediately lost two places but was handed them back almost immediately as Koiranen GP’s Ralph Boschung and de Vries tangled off the track.

Boschung’s team-mate Matt Parry, running in the top four, was then handed a five-second penalty for causing a collision, while Dennis set the fastest lap of the race on lap seven, passing Sandy Stuvik for fourth place in the process.

The key incident in Dennis’ race occurred then occurred when a second Virtual Safety Car was required when Jenzer Motorsport’s Akash Nandy ended in the gravel at Maggots.

At the restart, Dennis was spun around by Boschung who was handed a 10-second time penalty. Dennis rejoined in 10th position, setting the fastest lap once again, before finishing the race in ninth position. 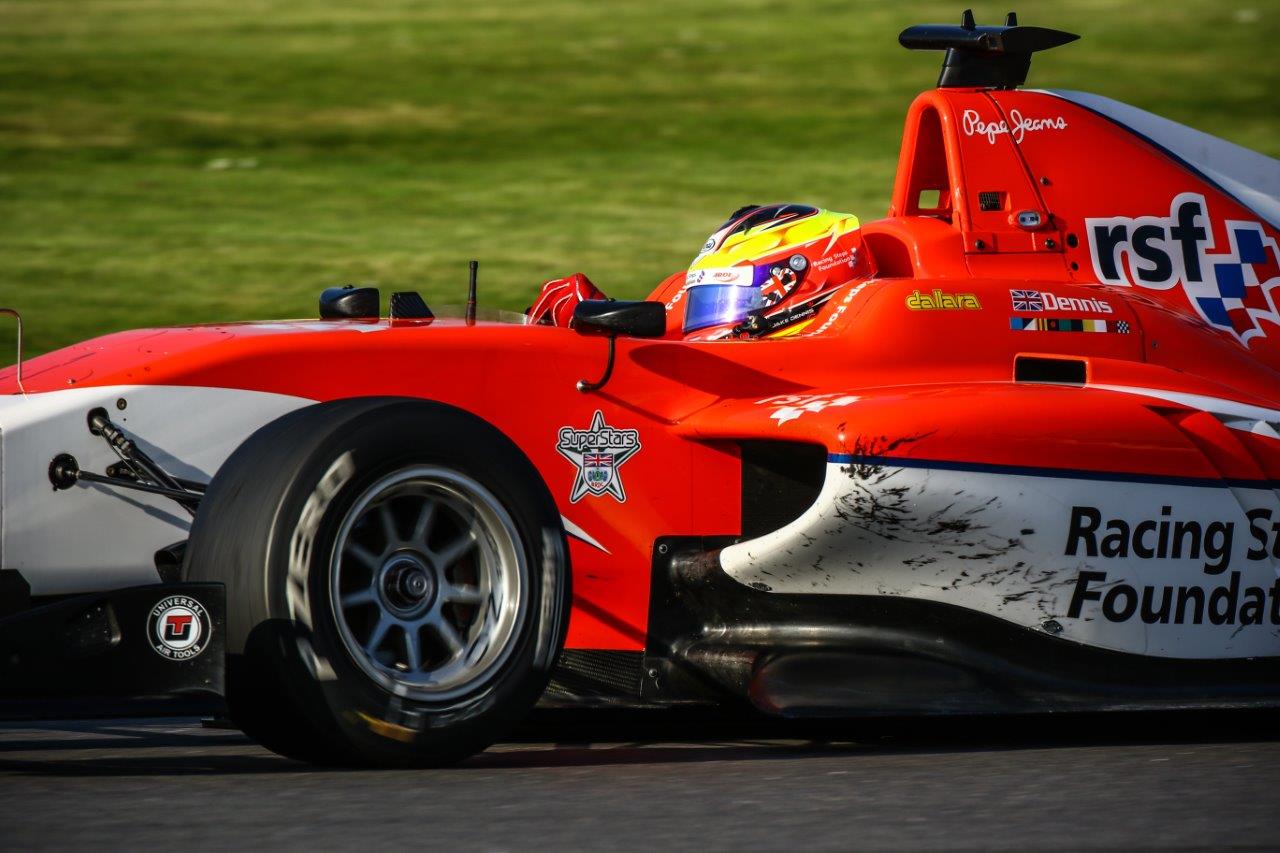