A gear selection problem prevented Jake Dennis from challenging for his maiden GP3 Series race victory at Hockenheim, instead forcing him to race from the back of the grid to an eventual 12th place finish.

With Racing Steps Foundation-backed Dennis promoted on to the front row, he hoped to convert his position into a minimum podium finish. But his hopes were dashed ahead of the start of the race.

Following the formation lap, Dennis was unable to select first gear from his steering wheel as the red lights counted down to the start.

Having signalled his problem, the race director halted the start and called for the grid to run an additional formation lap. Dennis was eventually able to select gear and move his Arden International car, but not before the final car on the grid had passed him.

As per the rulebook, Dennis therefore made his way around the track and took the start from the pit lane bringing him out at the back of the pack on the race start.

Dennis immediately began to close on the cars in the back field, and following a Virtual Safety Car period in order for three cars to be collected, he moved into 14th place and continued to close in on the top 10 positions.

With all cars suffering from the predicted high tyre degradation in the final laps, Dennis targeted his Arden International team-mate Tatiana Calderon and the Trident machine of Artur Janosz, but despite closing in, Dennis’s tyres were past their prime and he was forced to settle for a 12th place finish. 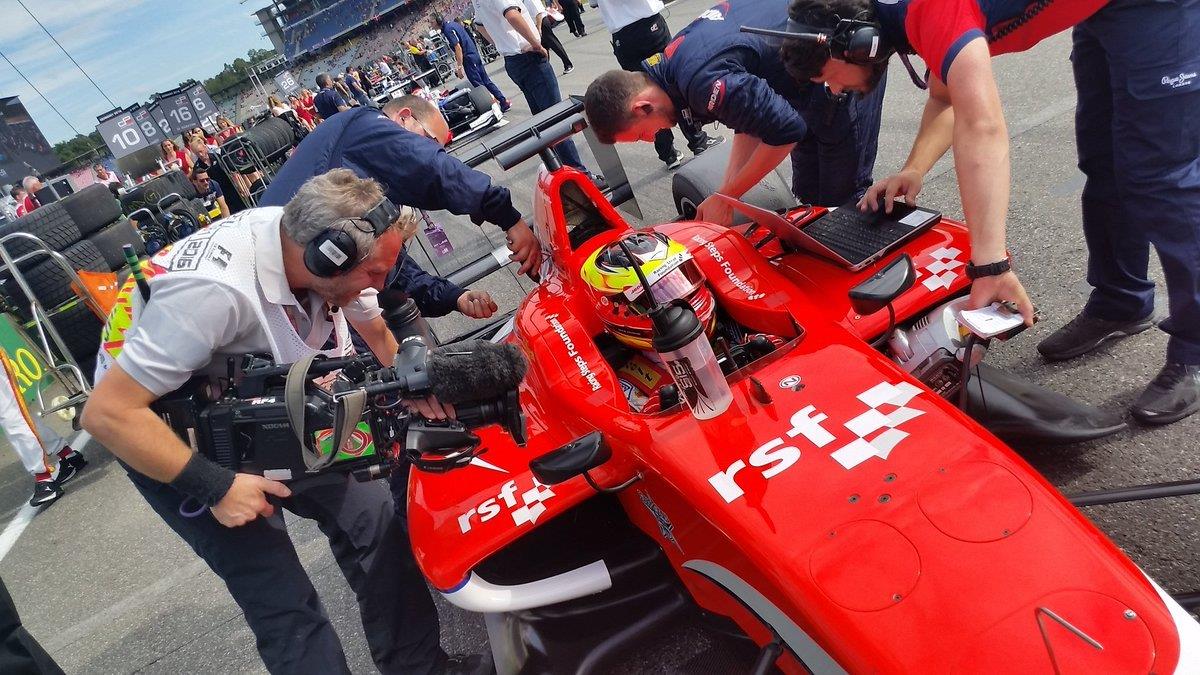