Jake Dennis left the Red Bull Ring in Spielberg, Austria without a points haul following a second disappointment in the space of two days in treacherously wet conditions.

Jake Dennis left the Red Bull Ring in Spielberg, Austria without a points haul following a second disappointment in the space of two days in treacherously wet conditions.

The RSF-backed driver, who was forced to retire from Saturday’s opening race with a disintegrated battery after he was hit into an opening lap spin by DAMS racer Santino Ferrucci at the first corner, therefore had to start from the very back of the race two grid.

With weather and track conditions so bad, the race was begun under the safety car, with some drivers still managing to spin their Dallara chassis despite the slower speeds.

The drivers were finally permitted to begin racing after 10 laps behind the safety car. When it did though, numerous incidents occurred including car contact and drivers heading into gravel traps, prompting further safety car periods.

With Dennis making his way through the pack up to 14th when racing was under a green flag, he was hit by championship leader and race one victor, ART GP’s Charles Leclerk who missed his braking point, colliding with Dennis and his Arden Internatonal team-mate Tatiana Calderon.

Leclerk was later hit with a five-place grid penalty for next weekend’s opening race of the third round of the championship at Silverstone. 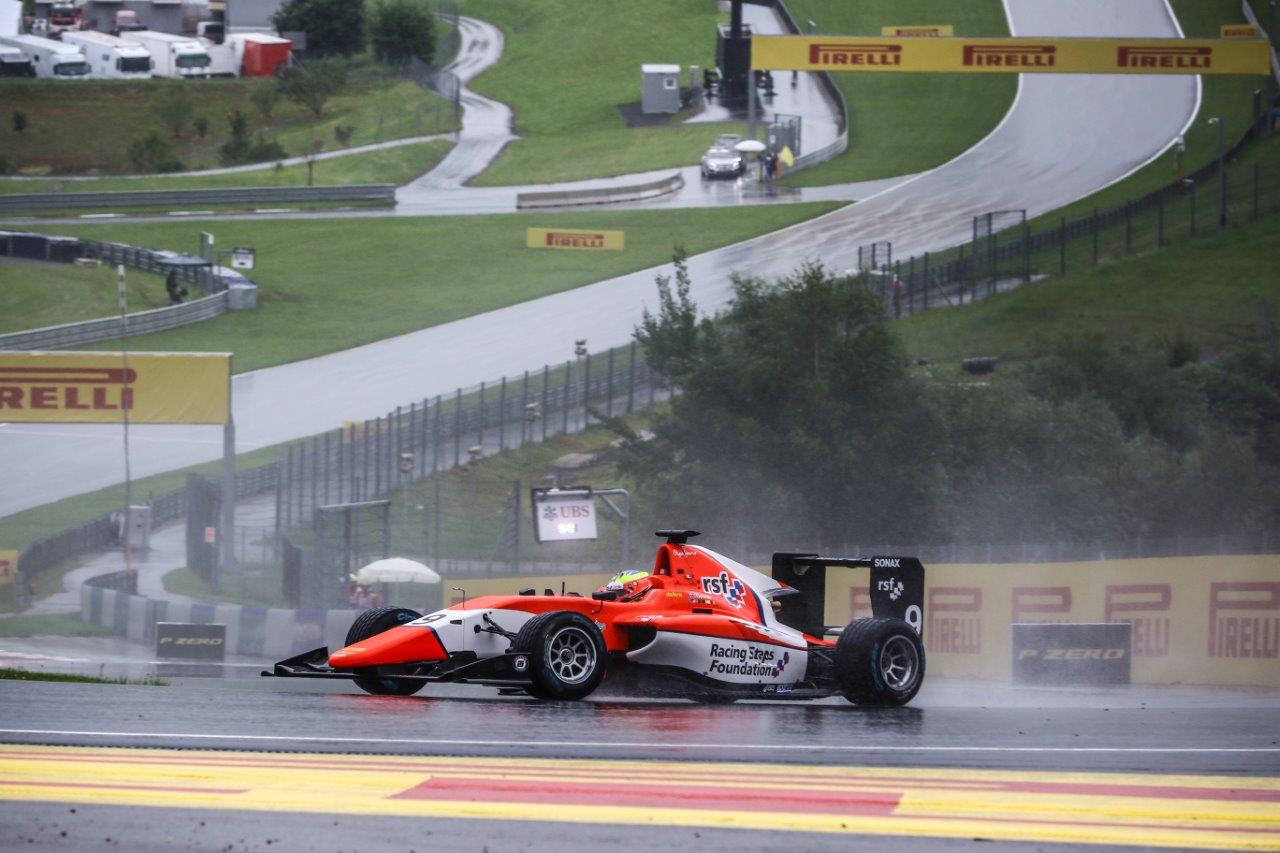