Jake Dennis will line up on the front row of the grid for the opening Formula 3 European Championship race of the weekend at the Red Bull Ring tomorrow.

Jake Dennis will line up on the front row of the grid for the opening Formula 3 European Championship race of the weekend at the Red Bull Ring tomorrow.

The RSF-backed Prema driver qualified second and will start alongside team-mate and pole-winner Felix Rosenqvist.

Dennis held provisional pole for practically the whole of the session only to be outdone by the Swede with just over a minutes to go.

Rosenqvist clinched the top spot - his 10th of the season and the 21st of his four-year F3 career - with a 1m 24.510s lap, bettering Dennis by a mere seven-thousandths of a second.

"I was a bit gutted to lose out after getting so close," said Dennis. "But I can't complain. I'm on the front row with a good chance of claiming the inside line into Turn 1, provided I get a good start.

"Unfortunately traffic was a bit of an issue towards the end which probably cost me pole, but then it might have been the same for Felix and other drivers as well."

Van Amersfoort's title contender Charles Leclerc - who currently lies second in the standings ahead of Rosenqvist and Dennis - will start from row three.

Qualifying for races two and three takes place later on this afternoon. 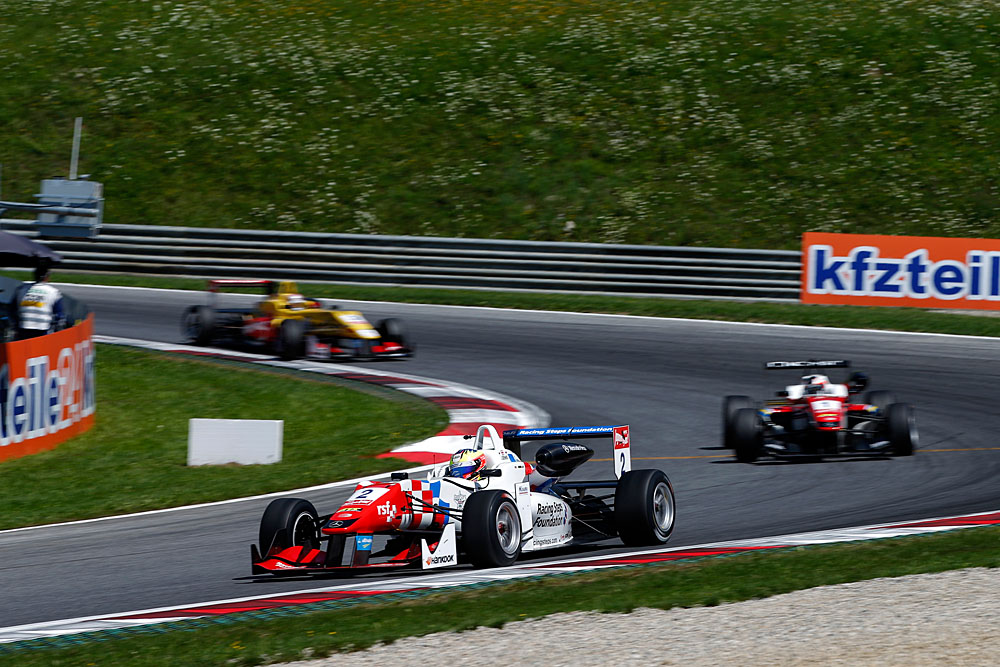