Jake Dennis secured his best Formula 3 grid slot with the third fastest time in qualifying for the opening race of the FIA Formula 3 European Championship at Silverstone this morning.

Jake Dennis secured his best Formula 3 grid slot with the third fastest time in qualifying for the opening race of the FIA Formula 3 European Championship at Silverstone this morning.

The RSF-backed Prema driver - along with team-mate and pole-winner Felix Rosenqvist and Carlin's Antonio Giovinazzi - found space on an otherwise crowded track to clock his best lap, as did the other two.

Rosenqvist claimed pole by just over a quarter of a second from the Italian while Dennis ended the session three-tenths off his team-mate.

But while Rosenqvist was able to carry the momentum through into the evening's second session - claiming a further two pole positions - Dennis, hampered by a brake vibration problem, was unable to improve.

The Brit will start races two and three from the fourth row of the grid after qualifying seventh for both.

Van Amersfoort's Charles Leclerc will share the front row with Rosenqvist for each of the follow up races.

"The first session went OK and, to be honest, I was expecting to improve on that," he said.

"But when I was out on track for the second I had quite bad brake issues with a lot of bad vibration. So when it came to the big braking zones I was struggling quite a lot to get the car stopped.

"I reckon that was probably costing me a couple of tenths a lap which would maybe have put me P4 or 5. But even so, I would still have been a fair way off Felix [Rosenqvist] and pole.

"Hopefully we'll get the problem sorted for the races tomorrow and when I've studied the data maybe I'll be able to find a few areas where I can improve." 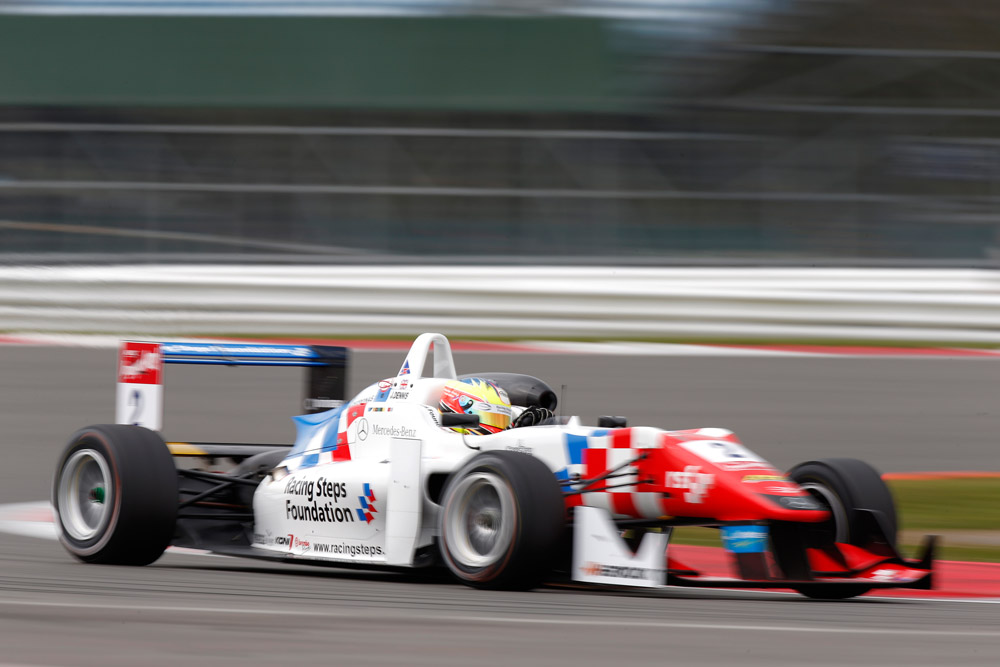