Dennis takes his sixth F3 win of the season at Portimao

Pole-sitter Jake Dennis led every lap of the opening European Formula 3 race in Portimao this morning to claim his sixth win of the season.

Dennis takes his sixth F3 win of the season at Portimao

Pole-sitter Jake Dennis led every lap of the opening European Formula 3 race in Portimao this morning to claim his sixth win of the season.

The RSF-backed Prema driver finished over 3.5s clear of Alexander Albon who made it through from fifth at the start to take up the chase but was never able to get close enough to pose a significant threat.

Dennis's Prema team-mate and title contender Felix Rosenqvist wrapped up the final podium place a further six-tenths of a second in arrears after surging through from seventh on the grid.

Signature's Albon, along with Rosenqvist, benefited from the demise of Prema's other front-row starter Nick Cassidy who plummeted down the order to 25th on the opening lap.

Dennis had no such dramas to contend with opening up a 1.3s lead on the opening lap which he then extended at will - posting fastest lap along the way - as the race unfolded.

Championship leader Antonio Giovinazzi and title challenger Charles Leclerc both finished where they started in ninth and sixth places.

Rosenqvist's podium finish moves him to with 5.5 points of Giovinazzi at the top of the table while Dennis's win narrows the gap to Leclerc in third place to 39.5 points. 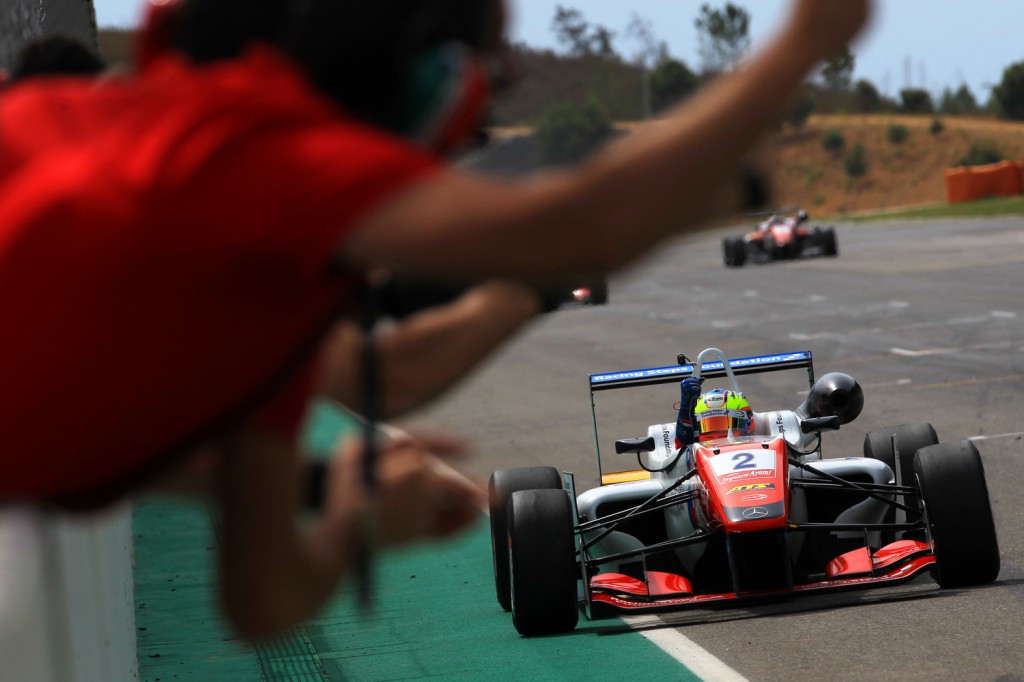