Dennis takes a pair of second row starts at Nurburgring

Jake Dennis will start the second and third Formula 3 European Championship races of the penultimate round at Nurburgring from the second row of the grid.

Dennis takes a pair of second row starts at Nurburgring

Jake Dennis will start the second and third Formula 3 European Championship races of the penultimate round at Nurburgring from the second row of the grid.

The RSF-backed Prema driver qualified fourth and fifth but will move up a place in each as a result of a 10-place grid drop handed down to George Russell.

The engine change penalty applies to all three of the weekend's races.

Russell - who was second fastest in first qualifying this morning - qualified second and third in the later session but will now start the first two encounters from row six, and the final race from row seven.

The Carlin driver's misfortune means Dennis - who was fifth fastest in first qualifying - will also move up onto the second row for the opening race tomorrow morning.

Prema team-mate and championship leader Felix Rosenqvist - who secured pole for race one earlier in the day - made it a clean sweep, claiming the prime spot for each of the follow up races as well.

His front row partners - following the demise of Carlin's Russell - are fellow Prema drivers Nick Cassidy in race one and Lance Stroll in races two and three. 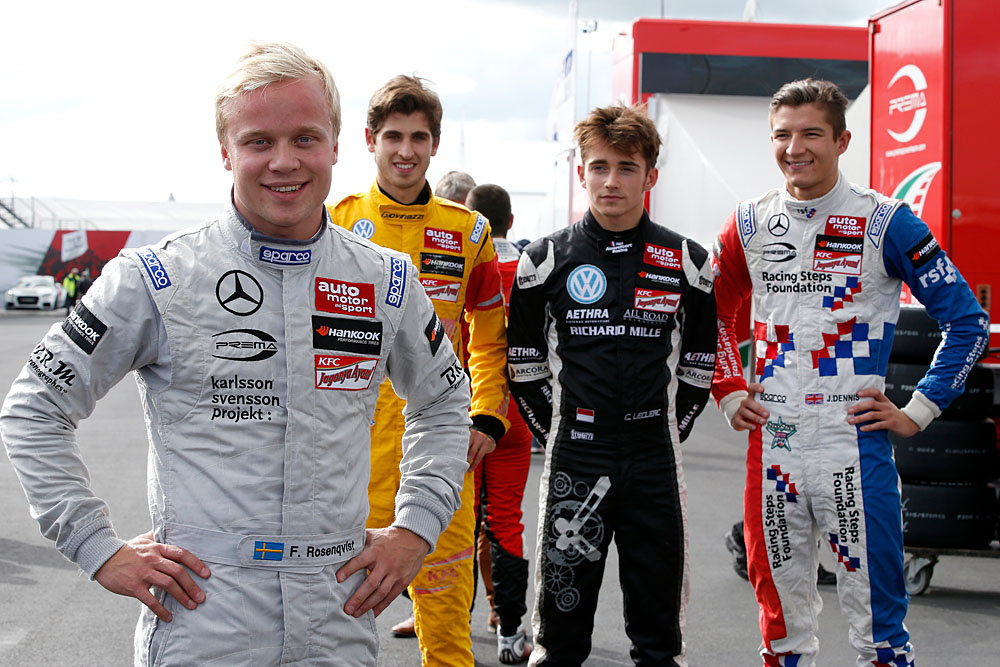