Jake Dennis landed two front row starts - including his sixth pole of the season - in the second European Formula 3 qualifying session at Hockenheim.

Jake Dennis landed two front row starts - including his sixth pole of the season - in the second European Formula 3 qualifying session at Hockenheim.

RSF-backed Dennis will line up second for Saturday afternoon's race two and start Sunday's season finale from the prime spot.

The Prema driver - who qualified fourth for race one - had looked odds on to claim pole for the weekend's second encounter only to be pipped at the post by Carlin's Antonio Giovinazzi.

The Italian, who squeezed in the final lap of the session, edged his rival by two-thousandths of a second. Dennis returned the favour on second fastest times - which set the grid for race three - pipping the Italian to the top spot by just under six-hundredths.

The pair - along with Van Amersfoort's Charles Leclerc who qualified 12th and 16th - is locked in battle to close the season as championship runner-up behind Prema's newly-crowned champion, Felix Rosenqvist.

The Swede heads the second row for both races with Hitech's Alexander Sims alongside for race two, and Prema team-mate Maximilian Gunther for the finale.

"Missing out on pole for race two was a bit disappointing. But it's a nice feeling to have got the final pole position of the year and to have ended the session of the fastest Prema qualifier," said Dennis. "The important thing though is to make sure I maximise the advantage I've got tomorrow and on Sunday and make it count in terms of where I end up in the end-of-season standings." 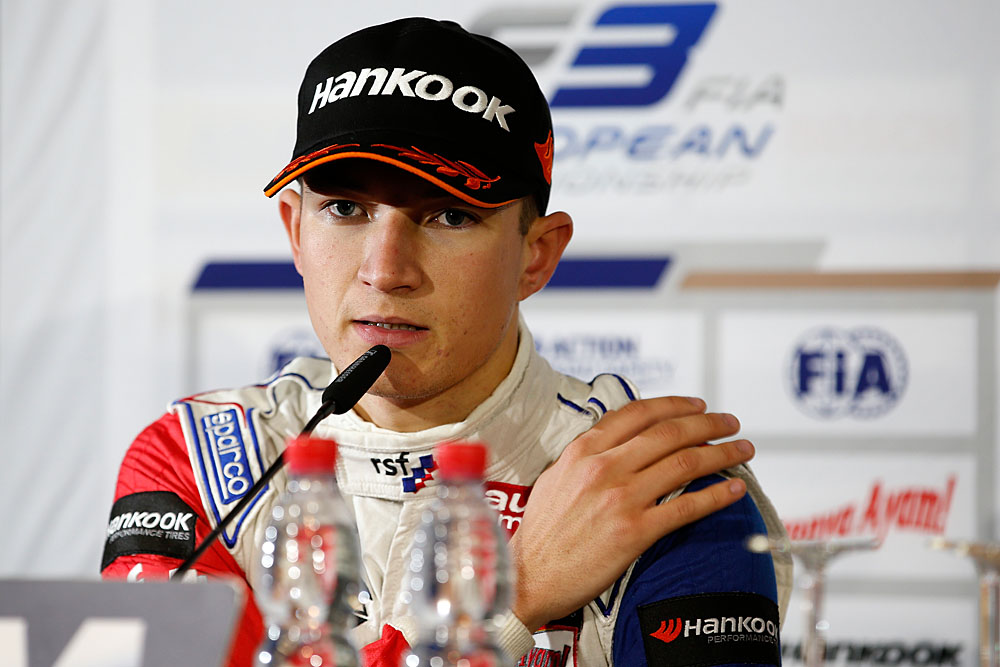