Dennis lands 5th pole position of the season at Portimao

Jake Dennis topped the timesheet in the first European Formula 3 qualifying session in Portimao this afternoon to land his fifth pole position of the season.

Dennis lands 5th pole position of the season at Portimao

Jake Dennis topped the timesheet in the first European Formula 3 qualifying session in Portimao this afternoon to land his fifth pole position of the season.

The RSF-backed Prema driver beat team-mates Nick Cassidy and Lance Stroll to hand the team an impressive 1-2-3 on the grid for tomorrow's race one.

Dennis - who was also quickest in the day's second free practice session - knocked Stroll off the top with just under five minutes to go with 1m 42.217s lap that bettered the Canadian's best by 0.111s. But in the end it was championship newcomer Cassidy who came closest to toppling the RSF driver with a last minute flying lap that left him just six-hundredths of a second shy. Stroll will joined on the second row by Motopark's Markus Pommer.

"I approached the last sector two-tenths down," said Dennis. "But somehow I managed to find three-tenths. So I'm delighted to be on pole.

"In the two-day test earlier in the week things didn't go exactly to plan. We ended up going in the wrong direction. But we worked hard to sort it out for today and the car was awesome."

Qualifying 2 on Saturday finished with Jake Dennis lining up for second and third European Formula 3 races of the Portimao weekend from fifth and third on the grid.

The Signature driver will share the front row of the grid for Saturday afternoon's race two with Dennis's Prema team-mate Felix Rosenqvist who missed out on the top spot by 0.027s.

On second fastest times - which determine the grid for Sunday's race three - Rosenqvist landed pole ahead of team-mates Stroll and Dennis.

The Swede's pole-winning time of 1m 42.014s bettered Stroll by six-hundredths of a second while Dennis was a further 0.182 of a second off. He shares the second row with Carlin's rookie George Russell. Cassidy qualified 15th

"We had to make a strategy call on whether to run two sets of new tyres or one. I opted to use only the one set of which we worked out cost me somewhere around a tenth of a second.

"So considering I missed out on pole by just over a tenth it wasn't such a bad session for me. The good thing is, I have a full set of new tyres for the races unlike a lot of the other drivers." 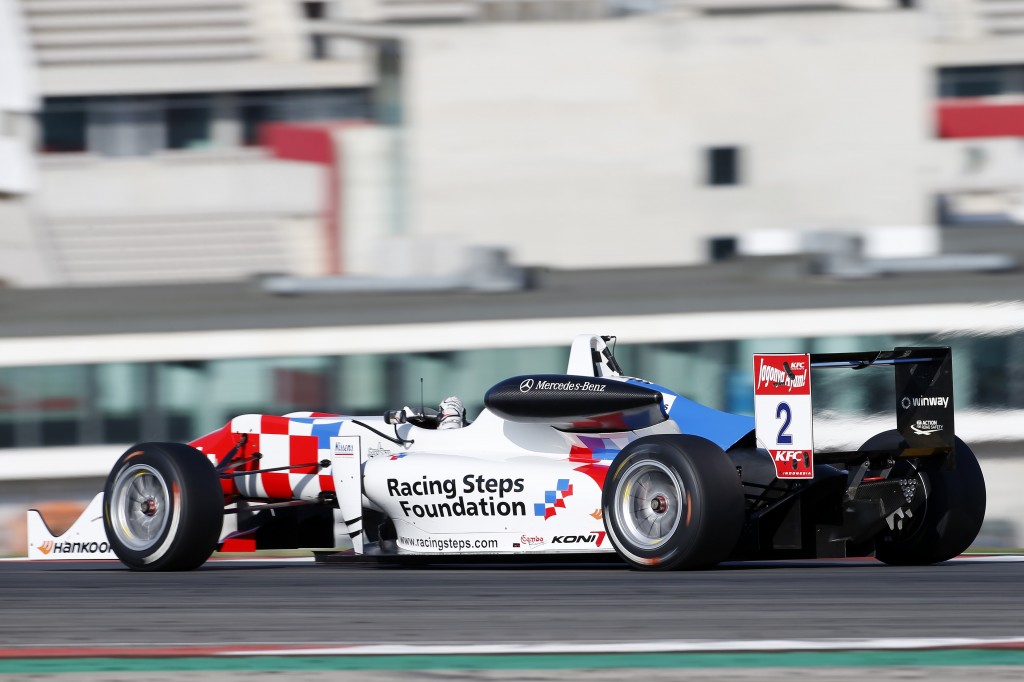