Jake Dennis claimed a pair of second row starts for races two and three of the Formula 3 European Championship round at the Norisring in qualifying this afternoon.

Jake Dennis claimed a pair of second row starts for races two and three of the Formula 3 European Championship round at the Norisring in qualifying this afternoon.

In the second of the day's split sessions, he clocked the second fastest time in the first-out, even-numbered group.

The RSF-backed Prema driver was also second on the timesheet on second fastest laps which determine the race three grid.

Rookie George Russell topped the  session on both counts, shading Dennis by 0.019s and 0.085s respectively. But the Carlin driver had to cede provisional double pole to Signature's Alexander Albon who set the fastest and second fastest times in the follow-on, even-numbered session.

Dennis - who qualified 10th for tomorrow's weekend opener - will start both races from fourth on the grid. 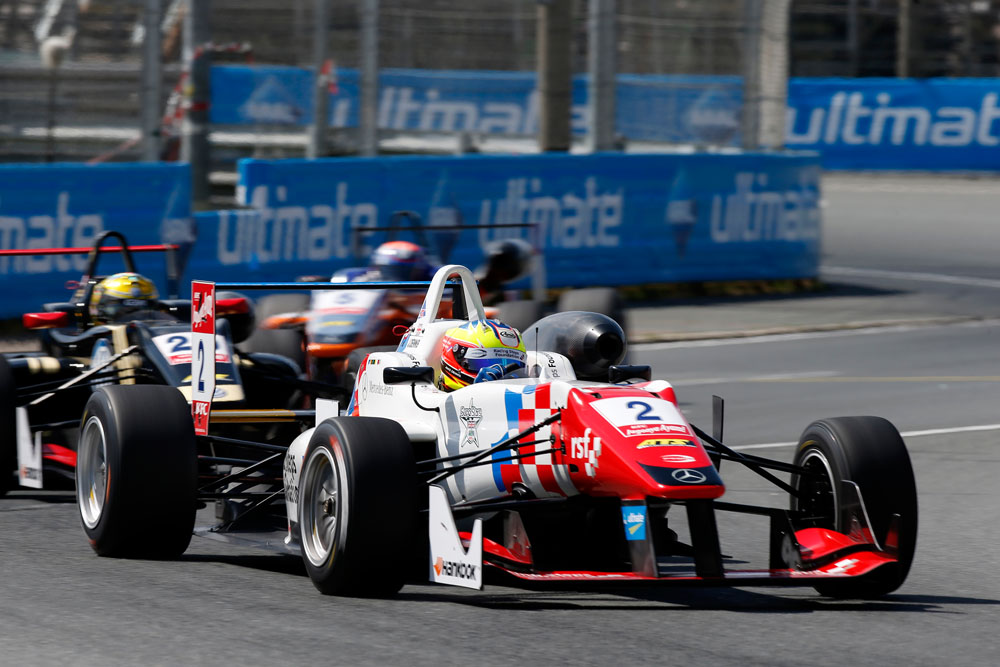